mestiza [me-stee-zuh] noun a woman of mixed racial or ethnic ancestry, especially, in Latin America, of mixed American Indian and European descent or, in the Philippines, of mixed native and foreign descent.

The simple designs and differing color combinations of these works made them visually complicit with the surrounding culture. This in turn revealed that certain amalgamations of color and specific linear design can be considered iconic and tend to enhance expectations of meaning when in use; signifiers of a memory, a culture, or of a tradition. Since I am a mestiza, creating this body of work inspired an examination of the concept of appropriation. In the contemporary world of increasing globalization and instant digital sharing of words and images, does appropriation connote exclusion? What if the appropriation is applied contextually, and is unintended? At what point does appropriation crossover into the realm of commodification? I invite the viewer to identify a memory, a place, an object, or a feeling with the works in this collection: Mestizoan. I am interested in how a non-representational object can visually intimate prior experience. These perceptions can vary uniquely from person to person, but in the similarities do we find a common ground. 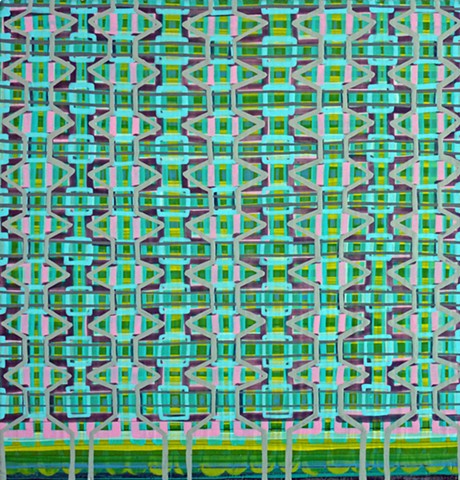 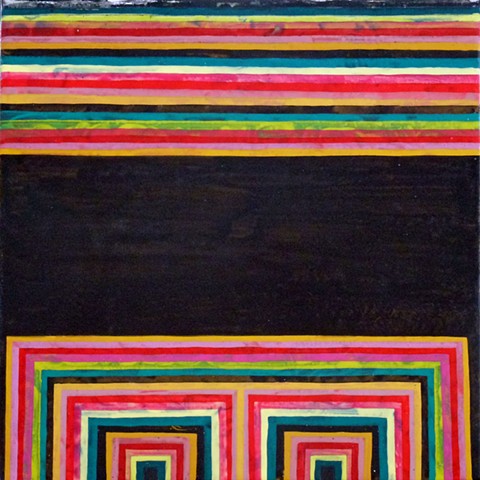 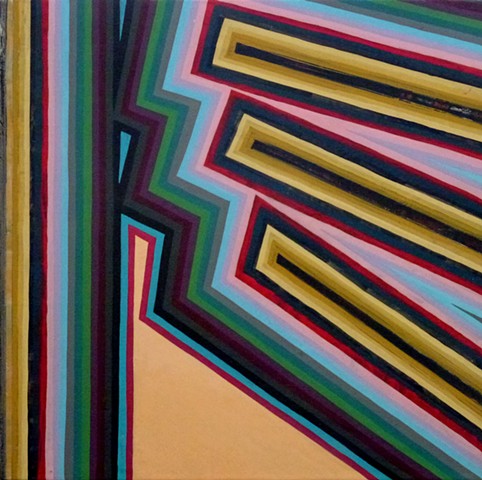 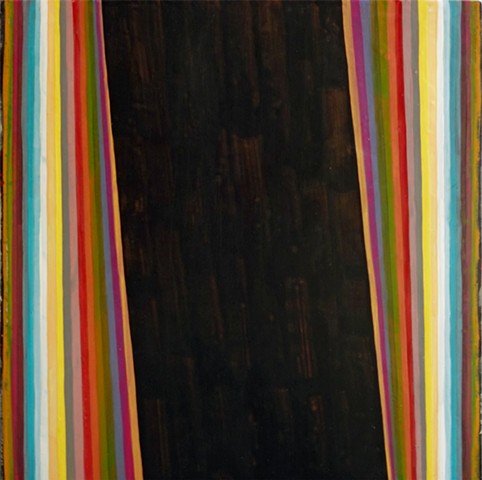 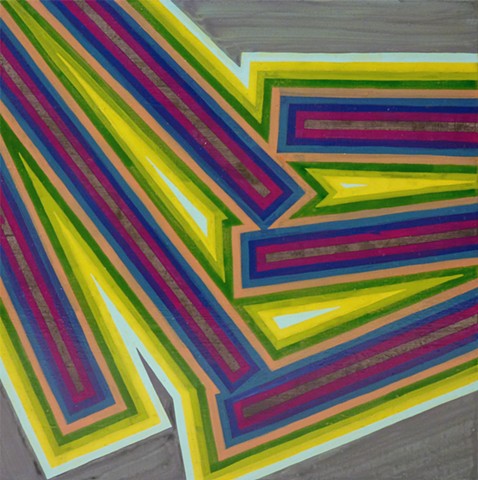 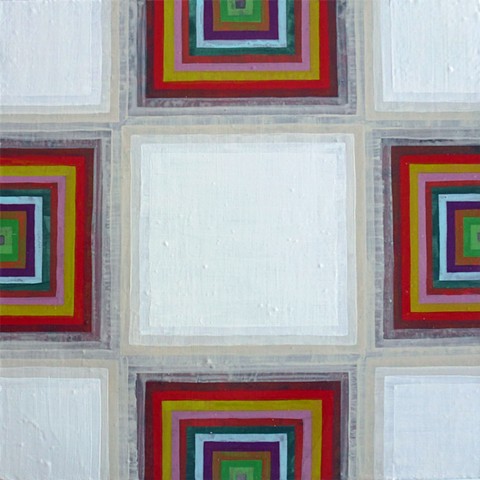 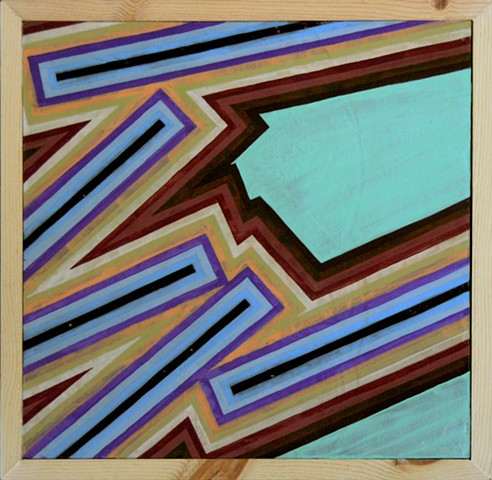 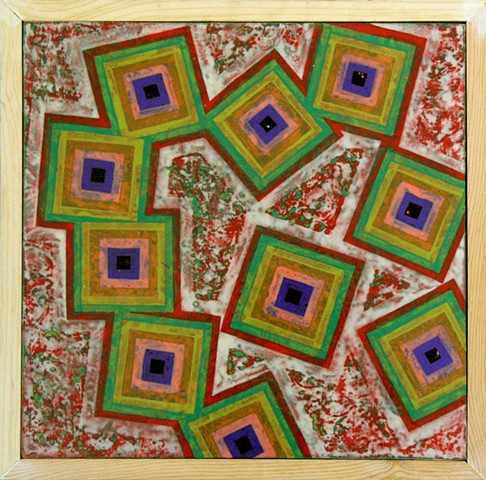 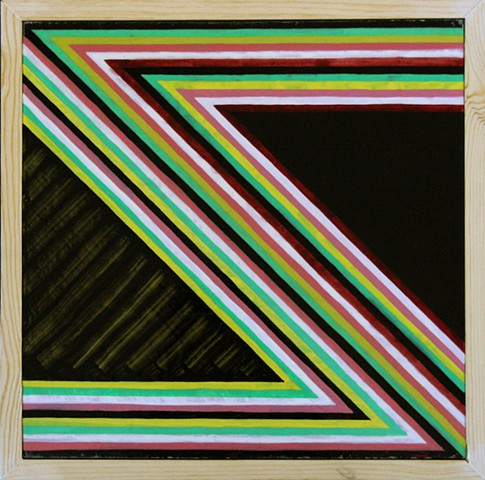 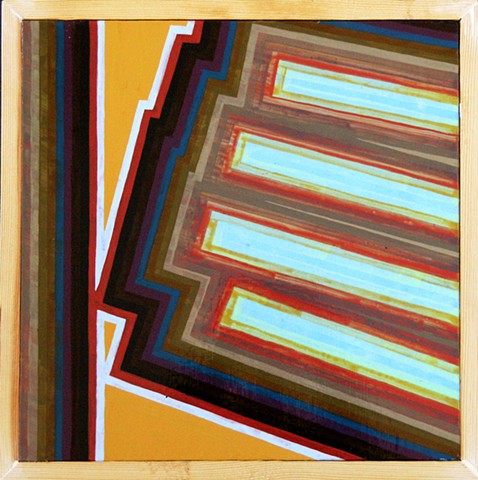 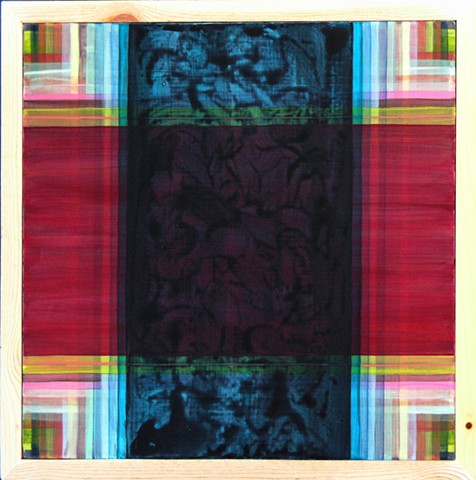 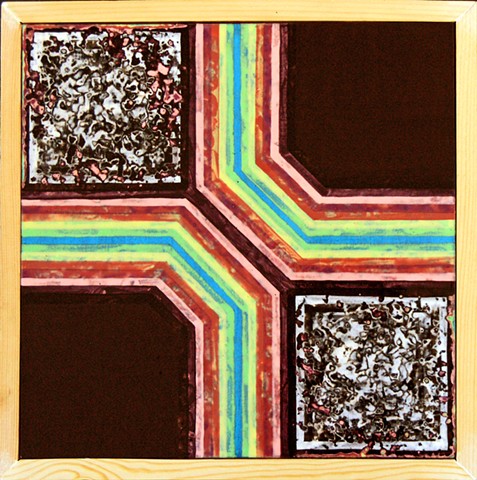 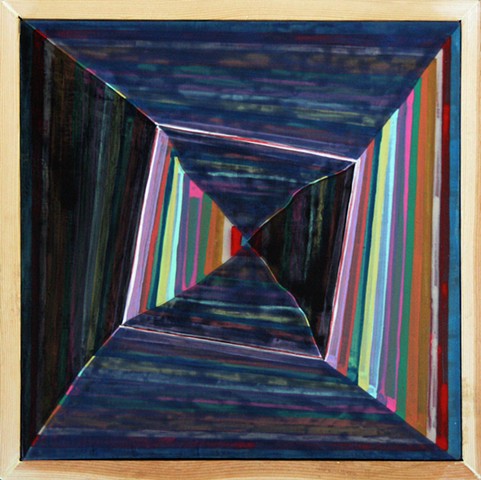 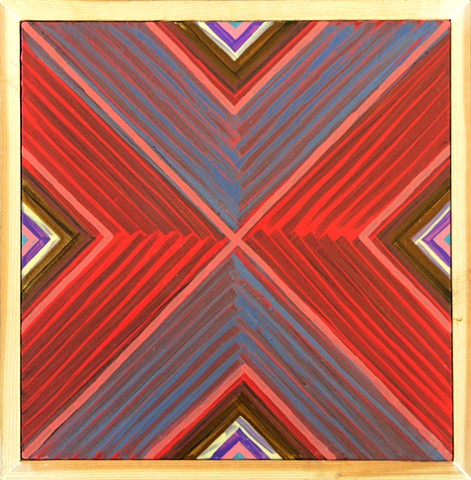